Masten Space Systems was born in the Mojave Desert in 2004. Our founder and CTO David Masten had one idea in mind: tear down the barriers to space.

David believed rockets should operate more like airplanes than ballistic missiles. That’s why we use reusable technologies, autonomous systems, and small operational teams so our rockets can launch, land, refuel, and fly again. This approach allows us to test often, iterate quickly, and reduce costs for every rocket we fly and every technology we develop.

Not to toot our own horn, but Masten has the most successful rocket-powered landings in the industry with more than 600 flights across five reusable rockets. These rocket innovations have allowed us to evolve into the space infrastructure company we are today.

Our mission is simple: accelerate space ecosystems on the Moon, Mars, and beyond. We’ll achieve this mission by first enabling regular, reliable access to the lunar surface. Then we’ll make it possible to extract and utilize extraterrestrial resources like water, methane, and rare-Earth metals. Turns out these resources can be pretty useful for fuel, power, and manufacturing.

This may sound like a tall order, but we’ve been preparing for lunar and Martian missions for nearly two decades. Working directly with NASA, defense, and commercial customers, we develop the tech it takes to break down the barriers to space. We test technologies aboard our rocket-powered landers to advance readiness for space. And we provide end-to-end mission solutions to deliver and operate payloads aboard our planetary landers. 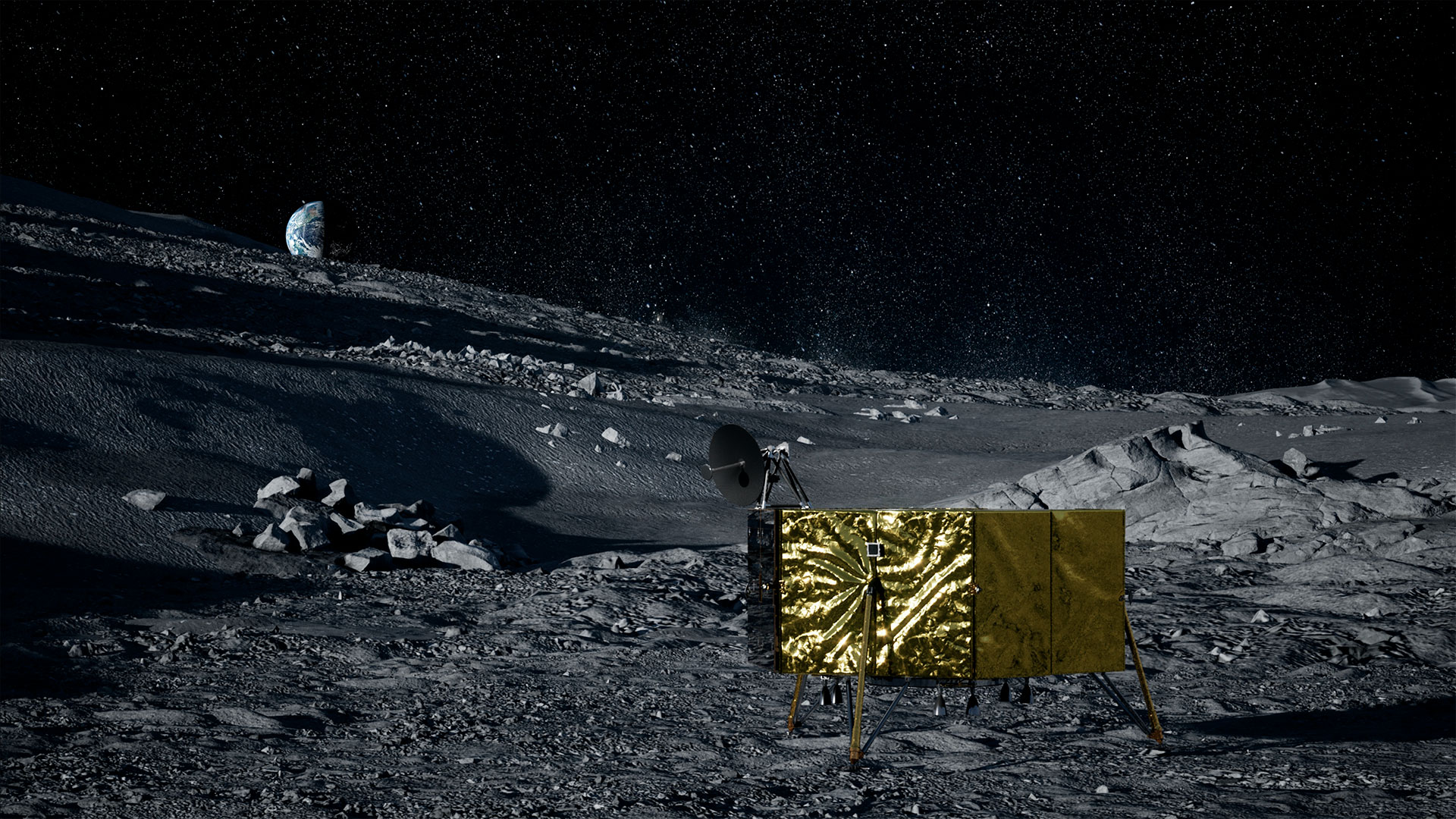 Our mission is simple: accelerate space ecosystems on the Moon, Mars, and beyond. We’ll achieve this mission by first enabling regular, reliable access to the lunar surface. Then we’ll make it possible to extract and utilize extraterrestrial resources like water, methane, and rare-Earth metals. Turns out these resources can be pretty useful for fuel, power, and manufacturing.

This may sound like a tall order, but we’ve been preparing for lunar and Martian missions for nearly two decades. Working directly with NASA, defense, and commercial customers, we develop the tech it takes to break down the barriers to space. We test technologies aboard our rocket-powered landers to advance readiness for space. And we provide end-to-end mission solutions to deliver and operate payloads aboard our planetary landers. 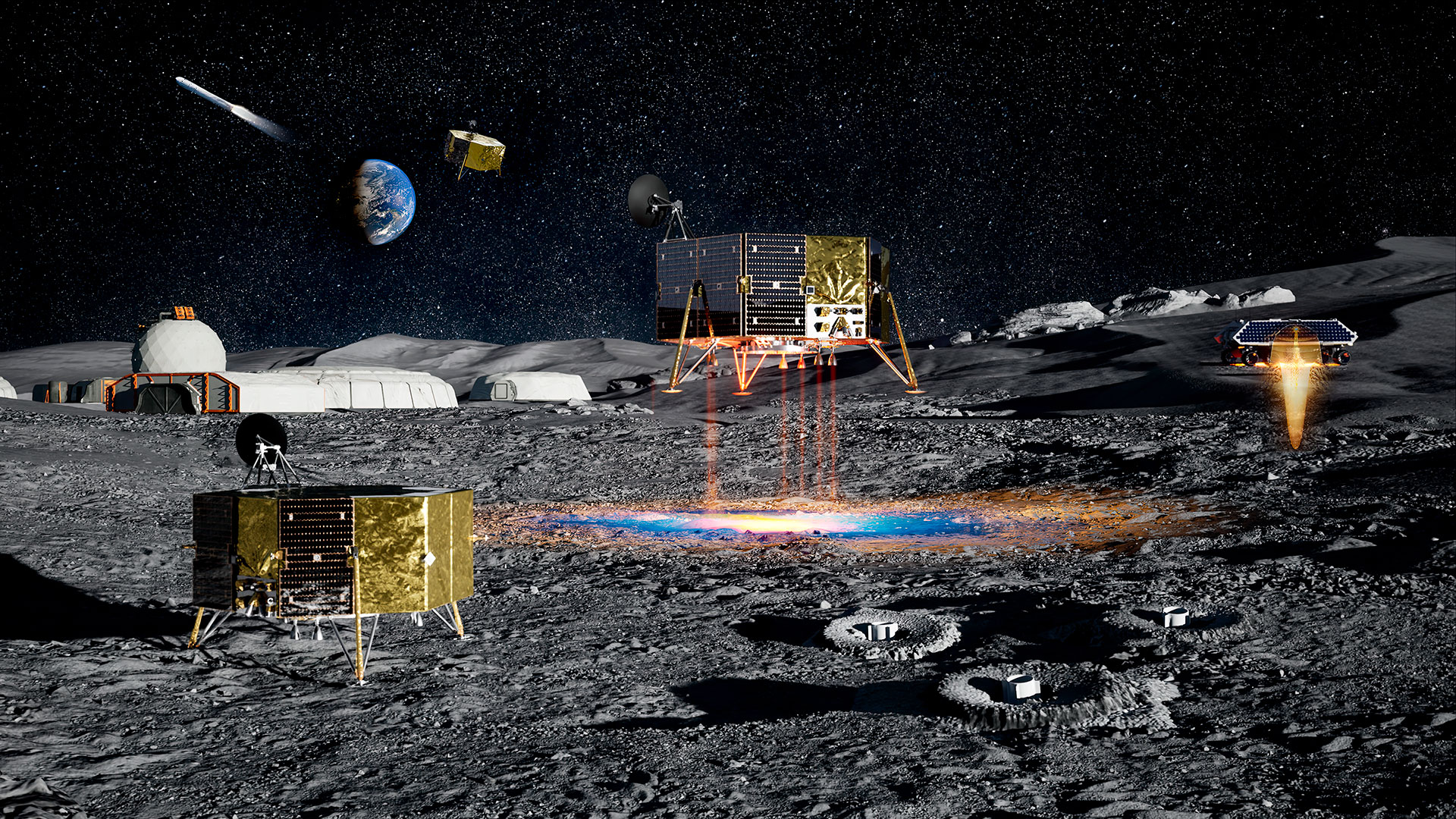 The ultimate goal? Unlock the value in space to benefit humans on Earth. That means for us, it’s not just about bragging rights. We believe the solar system is an untapped source of value for the industry, economy, and environment.

It’s the key to drive high-tech talent and millions of high-paying jobs. And it’s the key to solve climate change by moving heavy industry to space and extracting planetary resources that preserve our resources on Earth. So how do we get there? We create a future where lunar landings are commonplace, space ecosystems are thriving, and humankind is benefiting from resources extracted across the solar system.

Masten is a tight confederation of space pioneers, rocket scientists, and business heavyweights. We’ve been wrangling rocket-powered landings from sci-fi into reality for more than 18 years. Our team highlighted below shows a few folks who helped us get here and continue to support our missions to the Moon and beyond. With more than 120 employees, we’re rapidly growing into the premier space infrastructure company! 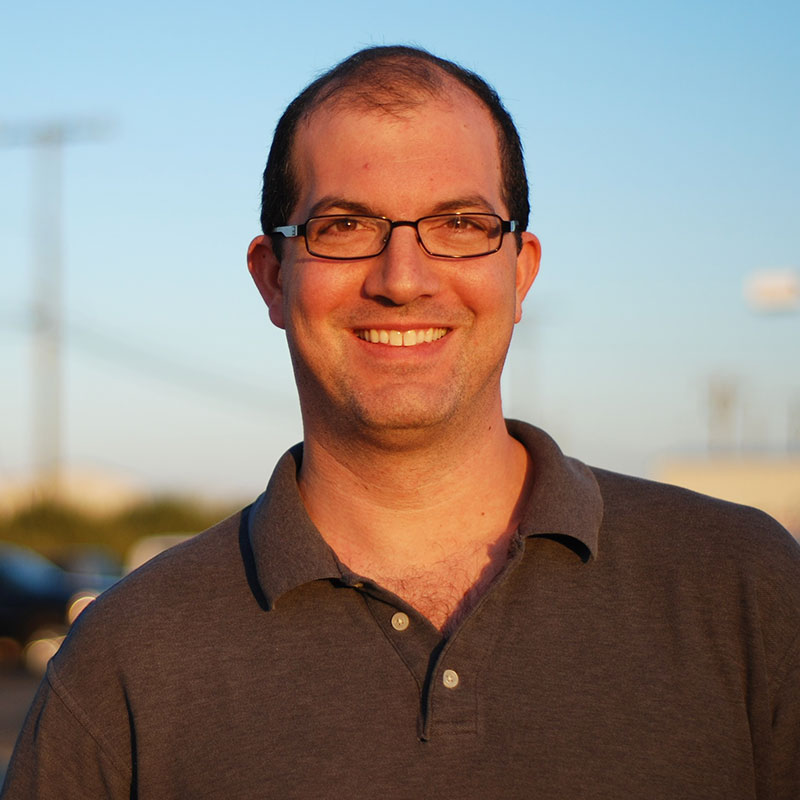 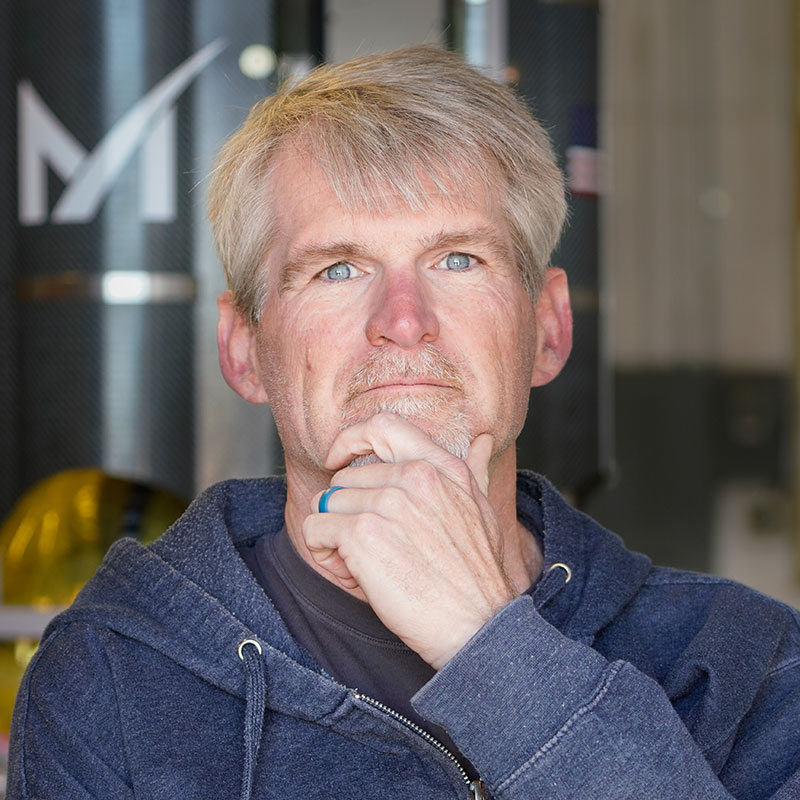 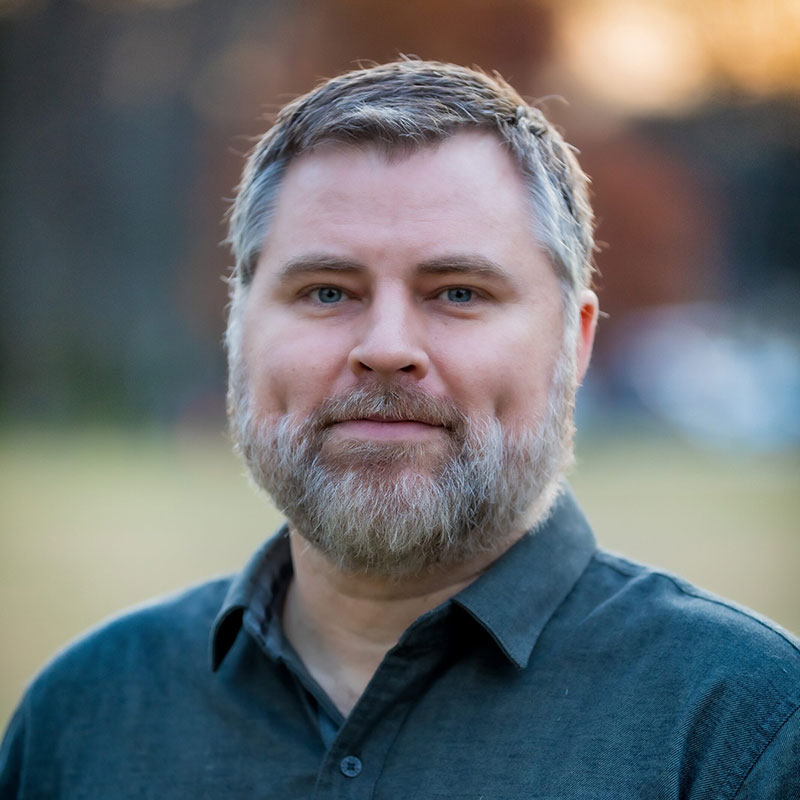 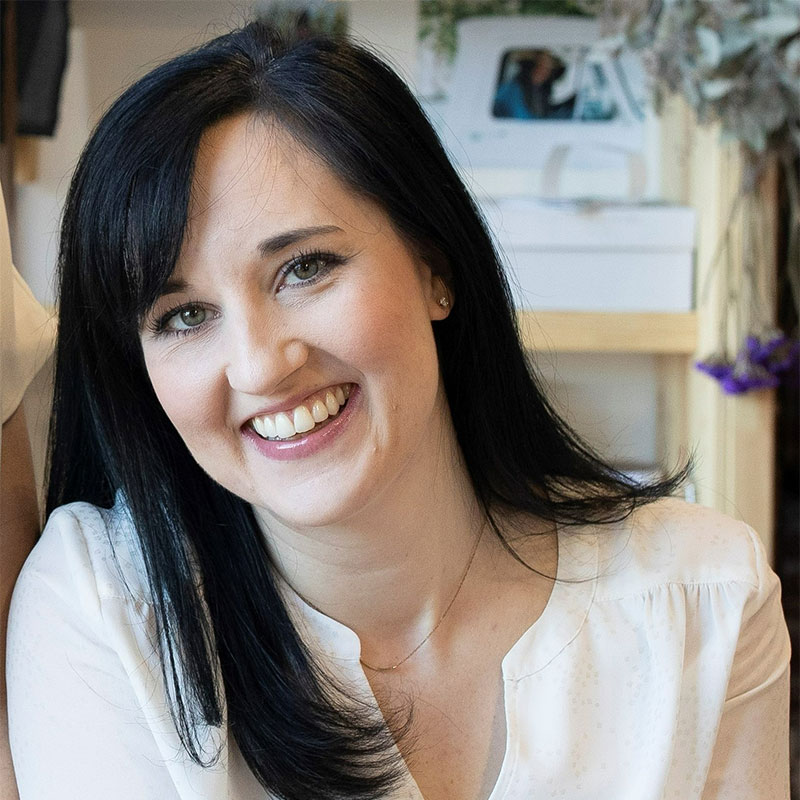 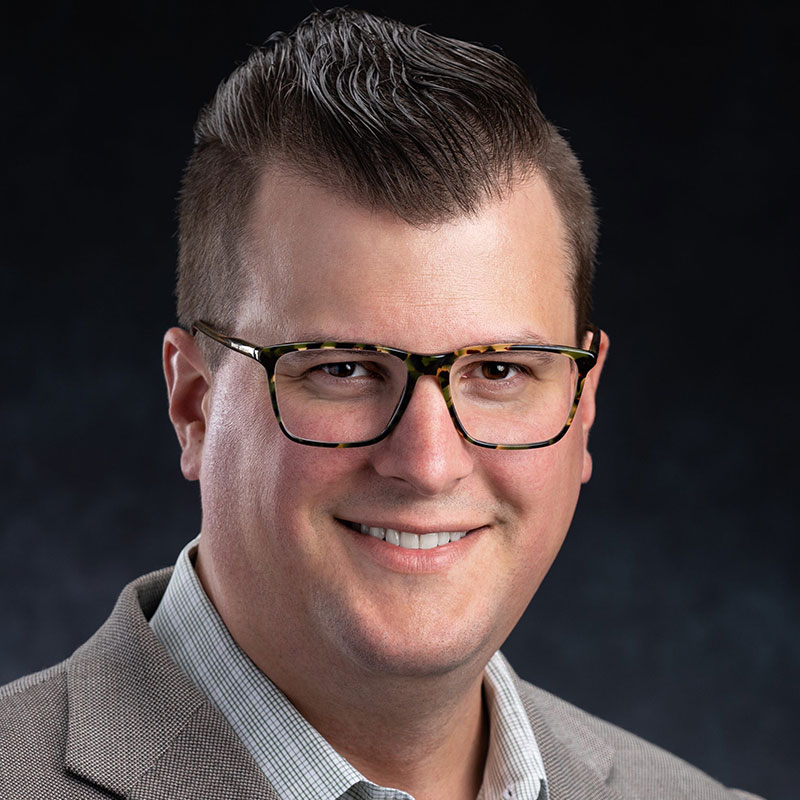 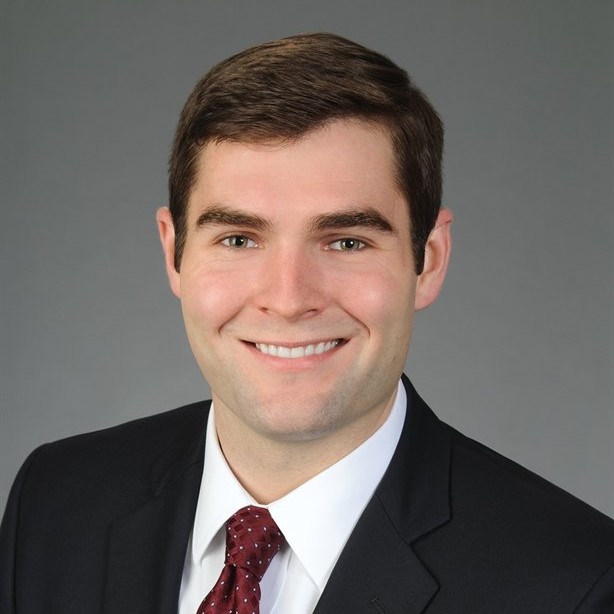 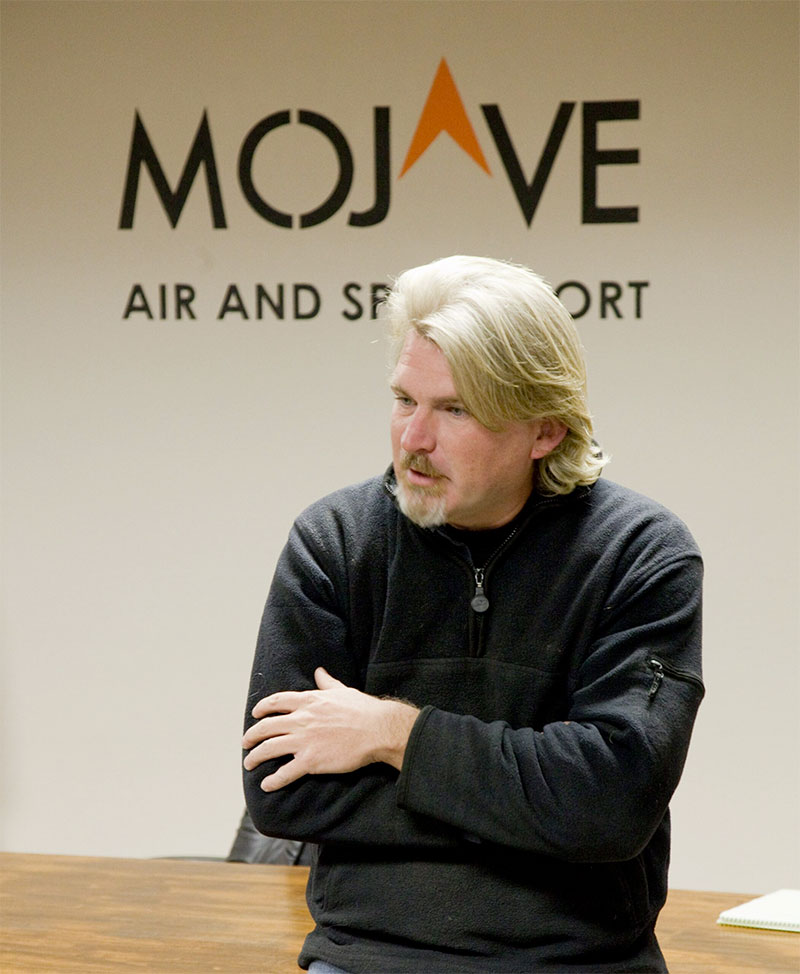 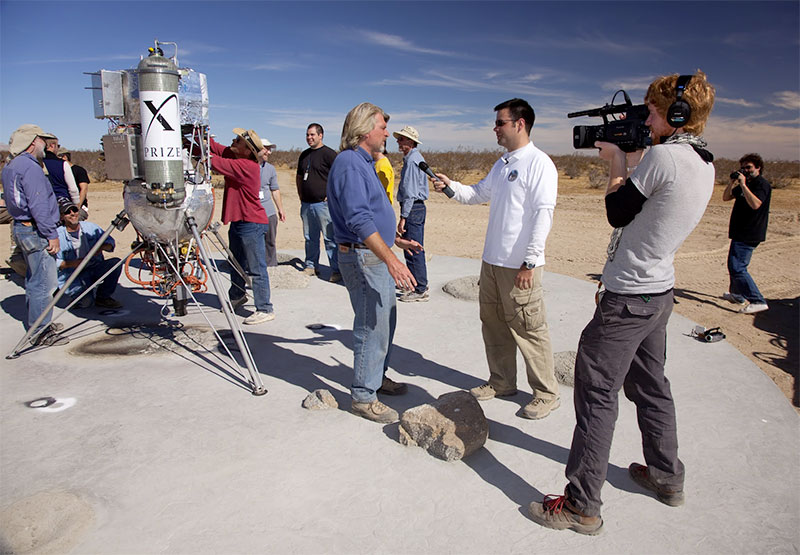 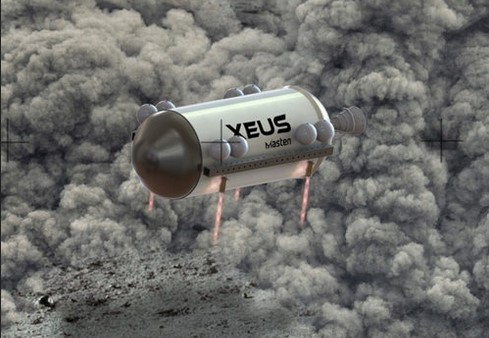 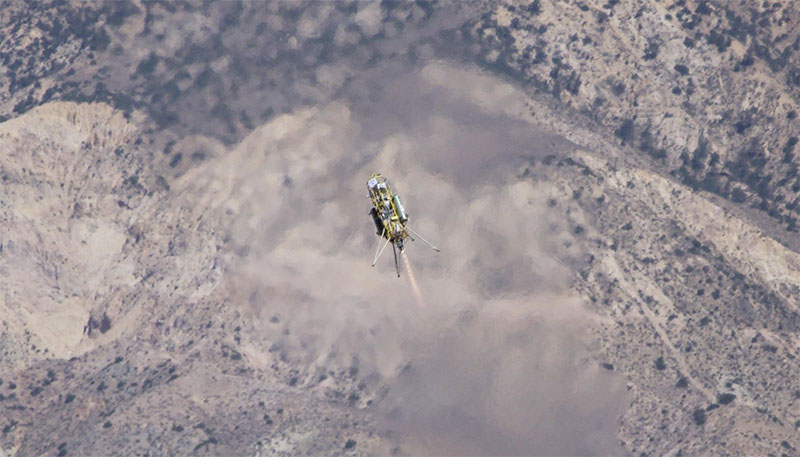 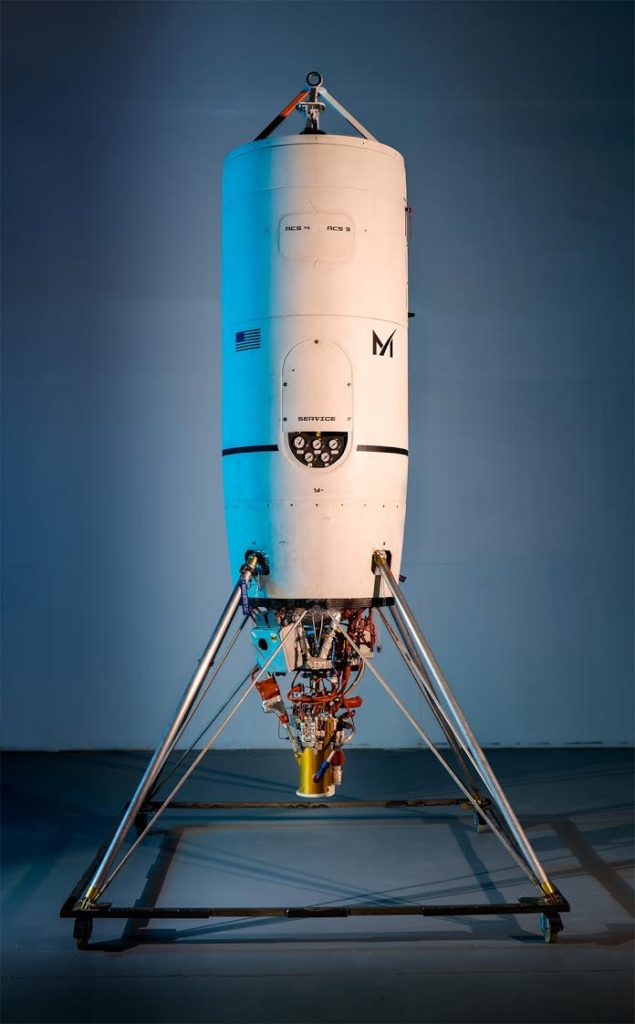 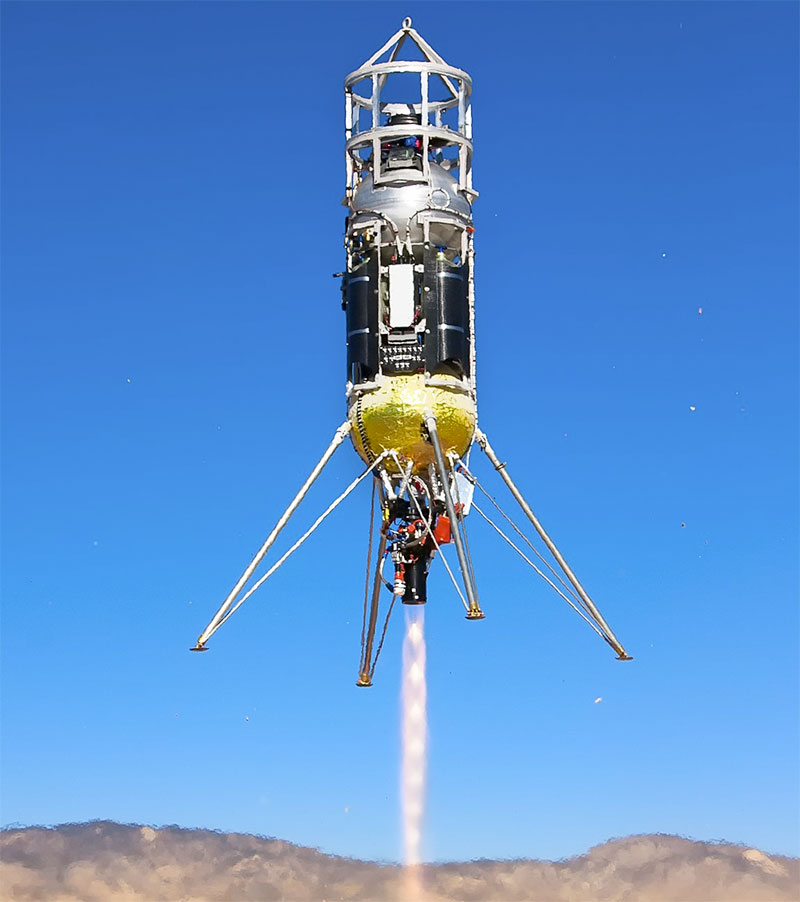 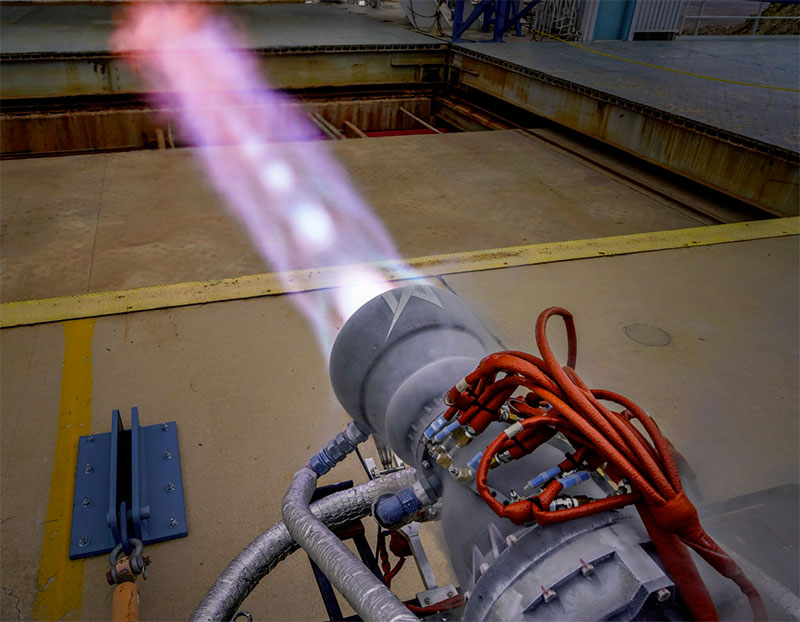 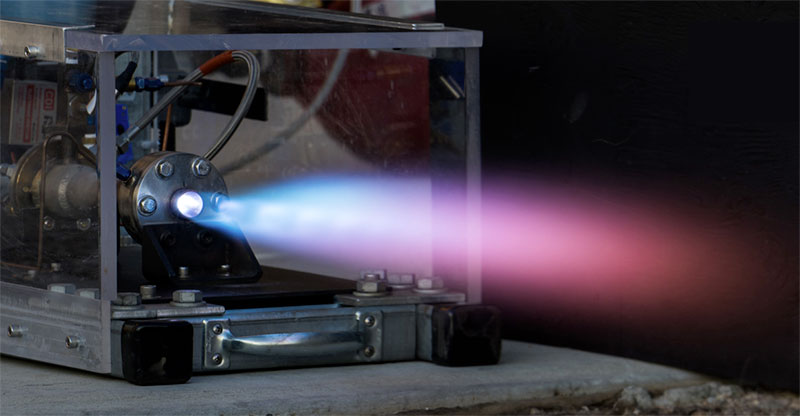 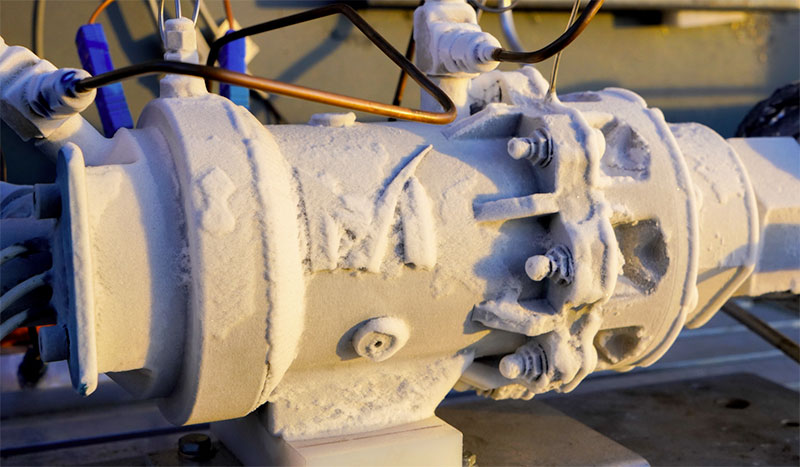 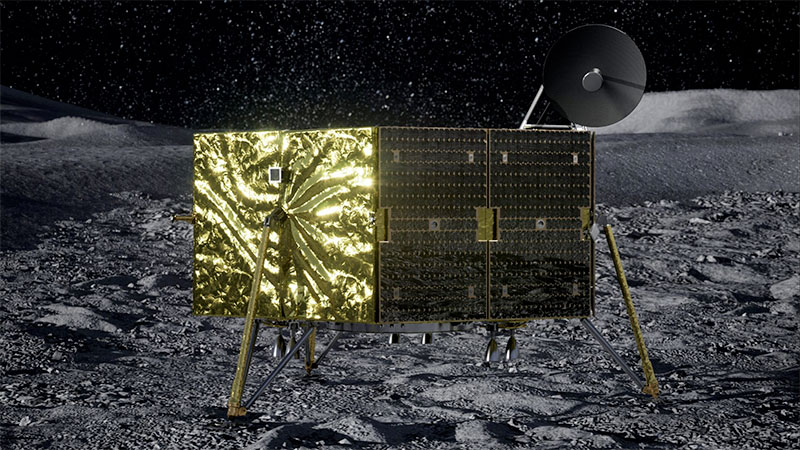 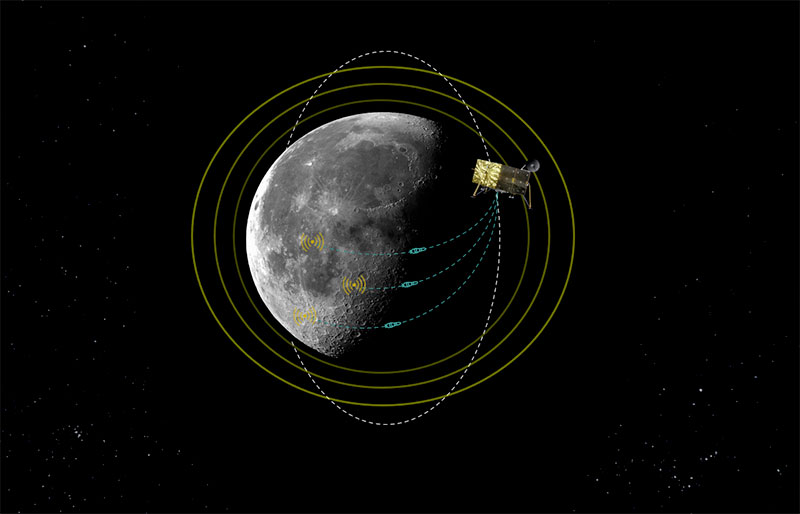 Masten wins contract to develop GPS-like solution for the Moon, enabling navigation and location tracking for spacecraft, assets, objects, and future astronauts on the lunar surface or in lunar orbit.

Fly to the Moon

Following Masten’s X-Prize win, Joel stepped into the CEO role to help build a solid management team and transform the company from an R&D stance to an aerospace leader. After transitioning the CEO role to Sean Mahoney in 2013, Joel continued his senior management involvement as Executive Chairman.

Prior to Masten, Joel was best known as the founder and CEO of Random Walk Computing, one of Wall Street’s most successful technology consulting firms, acquired by Accenture in 2006. Equally comfortable as an executive driving business growth, as a technologist on the cutting edge of modern software development, and as a space leader with a deep understanding of VTVL rocket technologies, Joel is tremendously excited to continue to drive Masten’s growth and leadership in the space economy.

David’s longtime passion for lowering the barriers of space access led him to develop experimental rocket propulsion systems long before he started Masten Space Systems in 2004, and that passion continues to drive him today. As Chief Technology Officer, David leads the development of Masten’s next-generation reusable vehicles and continues to detail the technology roadmap for the company. David’s role with small launch vehicle operations has solidified his place as a leading expert in developing reusable launch vehicles that are operated by a small team. In addition to his role as visionary for Masten, David continues to contribute to operations procedures, software development, safety systems design, and safety analysis, among other areas.

Prior to starting Masten Space Systems, David acquired extensive experience in software development working in IT networking and software startups. This experience and pace informs his unique approach to the development of reusable launch vehicles. David has served as President and has been a member of the Board of Directors of the Experimental Rocket Propulsion Society.

Michael brings a wealth of financial experience to Masten, where he leads finance, accounting, and many business operations functions. Michael has been the co-foundng CFO for a healthcare firm focused on toxicology and treatment programs for helping tackle the opiod epidemic. He also brings a background in banking, acting as regional Regional CFO for Regions Bank, leading budgeting and financial planning for 1200 employees and a $40 billion balance sheet. Michael previously served as an investment banker for JPMorgan focused on M&A in the financial services industry.

Michael received his MBA from Emory University’s Goizueta Business School, where he was a fellow of the Goizueta Leadership Institute. He holds a BBA in Finance from the University of Georgia. When not running finances for Masten, you’ll find Michael exploring the world on a hiking trail or coaching recreational soccer.

Colin returned to Masten in 2020 after working with the company from 2009-2013 to transition Masten from an X-Prize challenge winner into a sustainable, customer-focused business. Colin spent seven years in the university commercialization ecosystem with Georgia Tech’s VentureLab where he worked to build business models around the technology produced by faculty and PhD students.

Colin also serves on his local City Council as an elected official. He holds an MBA and BS in Management from the Georgia Institute of Technology.

As the Vice President of Operations at Masten Space Systems, Jenna Edwards leads program operations and strategic planning to support Masten’s long-term growth as a space infrastructure company. Jenna brings a decade of experience in organizational development with expertise in the intersection of business and government strategy.

Prior to joining Masten, Jenna provided management and strategy consulting for global aerospace and defense firms. She also served in management and analyst roles at Avascent, a leading aerospace and defense consulting firm in Washington, D.C., and worked in regional economic development in Charleston, SC, where she led the development of Charleston’s Foreign Direct Investment (FDI) strategy. Jenna holds a master’s degree in international business and trade from the Edmund A Walsh School of Foreign Service at Georgetown University and a bachelor’s degree in international relations from Samford University.

As General Counsel, Sean Bedford manages the legal, contractual, and regulatory aspects of Masten’s business and serves as Masten’s primary liaison for contractual matters to government and commercial customers, subcontractors, and partners. He also manages Masten’s intellectual property portfolio, implements its compliance programs, and serves as the company’s Corporate Secretary.

Sean holds a Bachelor of Science in Aerospace Engineering from the Georgia Institute of Technology and a Juris Doctor from the University of Florida Levin College of Law. He is a registered patent attorney and an active member of the State Bar of Georgia. In addition to his work at Masten, Sean serves as a Mentor-in-Residence at Georgia Tech’s Daniel Guggenheim School of Aerospace Engineering and on the advisory boards of New American Pathways and Georgia Lawyers for the Arts.